This workshop is designed to increase your understanding and application of the new CISPR 32 standard.  CISPR 32 was designed to replace CISPR 13 and 22 which are used internationally for showing compliance to emission regulations for receivers and information technology equipment.  The approach used in CISPR 32 is to identify tests which are applied to ports of the multimedia equipment.  There will be a discussion on what options that the manufacturer can select such as the video display.  Measurement uncertainty is also considered in the standard and has to be indicated in the test report. There will be actual demonstrations of the measurement technique, as well as product arrangement and configuration at a laboratory test facility.  Attendees will get a chance to participate in the testing as well as solving problems on the use of the standard.

In the workshop, you will learn:

Workshops feature industry leaders and members of the CISPR working group that produced the standard. They include Don Heirman, Workshop Director, (Don HEIRMAN Consultants) and Dave Arnett (US technical expert for CISPR SC/I). 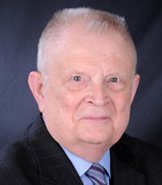 Donald Heirman is president of Don HEIRMAN Consultants which is a training, standards, and educational electromagnetic compatibility (EMC) consultation corporation.  Previously he was with Bell Laboratories for over 30 years in many EMC roles including Manager of Lucent Technologies (Bell Labs) Global Product Compliance Laboratory, which he founded, and where he was in charge of the Corporation’s major EMC and regulatory test facility and its participation in ANSI accredited standards and international EMC standardization committees.  He chairs, or is a principal technical contributor to, US and international EMC standards organizations including ANSI ASC C63® (immediate past chairman), the Institute of Electrical and Electronics Engineers, and the International Electrotechnical Commission’s (IEC) International Special Committee on Radio Interference (CISPR).

He was named chairman of  CISPR in October 2007. He is a member of the IEC’s Advisory Committee on EMC (ACEC) and the Technical Management Committee of the US National Committee of the IEC. In November 2008 he was presented with the prestigious IEC Lord Kelvin award at the IEC General Meeting in Sao Paulo, Brazil. This is the highest award in the IEC and recognizes Don’s many contributions to global electrotechnical standardization in the field of EMC. He is a life Fellow of the IEEE and an honored life member of the IEEE EMC Society (EMCS) and member of its Board of Directors, chair of its technical committees on EMC measurements and Smart Grid, vice president for standards, past EMCS president, and past chair of its standards development committee. He is also past president of the IEEE Standards Association (SA), past member of the SA Board of Governors and past member of the IEEE’s Board of Directors and Executive Committee. He is also the Associate Director for Wireless EMC at the University of Oklahoma Center for the Study of Wireless EMC. Currently he is a voting member of the Smart Grid Interoperability Panel and its Testing and Certification Committee. In addition he is a focus leader on the NIST Electromagnetic Interoperability Issues Working Group which is providing EMC recommendations for Smart Grid equipment and systems. 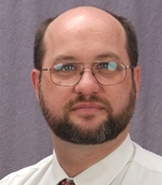 Dave Arnett is a US Technical Expert working within CISPR Subcommittee I, which creates and manages the EMC standards for broadcast receivers, ITE, and multimedia equipment. He chairs the US CISPR/I Technical Advisory Group and has been an active participant in the development of the multimedia equipment standards. Mr. Arnett is a Senior Member or the IEEE and an active member of the IEEE EMC society, where he has been a frequent speaker at symposia. Dave is a resident of Vancouver, Washington and works at Hewlett-Packard. He holds degrees in Electrical Engineering from Brigham Young University and Oregon State University, and is an iNARTE Certified EMC Engineer.