A One Hour Webinar

A joint presentation by Washington Laboratories Academy and Bureau Veritas/LCIE

A joint presentation by Washington Laboratories Academy and Bureau Veritas/LCIE

Grain dust accumulating in a Davenport Iowa silo was ignited and a massive explosion destroyed the 1.8 million pound wheat-processing facility. This catastrophe, which occurred in May 1975, took the lives of two workers and injured six more. The event spurred the development of new safety standards. 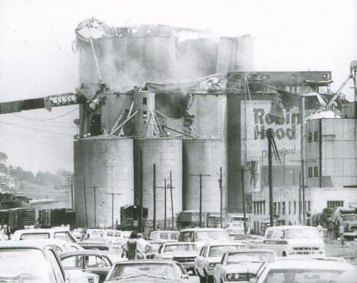 Still, disasters continued to mount in the grain-handling industry. In October 2011 an explosion killed six workers at a facility in Atchinson, Kansas. An investigation by the US Department of Labor (OSHA) cited as a contributing factor: “electrical equipment inappropriate for the working environment.” Grain dust, suspended in air, forms a highly explosive concentration. Open sparks, perhaps due to arcing from an unprotected, ill-designed or improperly-specified relay, can set off a rapid chain reaction with disastrous results.

Other industries are similarly vulnerable, most notably the oil and gas industry. Equipment manufacturers who provide electronic systems to these industries must meet stringent Explosive Atmosphere requirements. 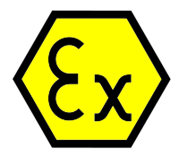 The latest version of the ATEX Directive (Directive 2014/34/EU) was published in March 2014, which will be mandatory from April 20, 2016. The revision brings the ATEX requirements in-line with the New Legislative Framework (NLF) structure in the European Union.

LCIE/Bureau Veritas and Washington Laboratories will present a One Hour Webinar on the requirements of the ATEX Directive, including aspects of the newest requirements.

Critical Information to be discussed include requirements for:

Michael Violette, Michael Violette,co-founder and Chief Executive Officer of Washington Laboratories, Ltd. Mike has twenty five years of experience in FCC, CE, IC testing and certification. Mike is a professional engineer, and an iNARTE Certified EMC Engineer. He currently is on the Board of Directors of ACIL and RABQSA. He has presented numerous live and webinar events on technical, measurement and regulatory requirements for electronic devices. Mike is a Notified Body for the Radio and Telecommunications Terminal Equipment Directive (RTTED) and EMC Directive. Contact him at mikev@wll.com

Complimentary for Employees of the State Institutions and Universities. Enter offer code EMPL during registration.