EMC In Space is Spelled “Perseverance” 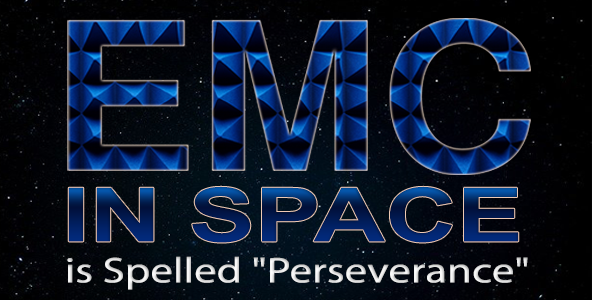 The first successful landing on Mars was by the U.S.’s Viking 1 in 1975 (the Soviet Union tried five times to land on Mars, starting in 1962! China is sending Tianwen-1, set to land in May/June).

The successful recent landing on Mars by Perseverance was an exciting event for the US and the truly international space community. Many in our industry work daily to make sure that the systems and satellites and truly amazing achievements of our human-kind make sure that the things that we fling into outer space work correctly. You don’t get a second chance.

In this EMC LIVE Keynote event, supported by our friends at NASA, we will discuss some of the challenges and triumphs of successfully launching—and landing—contrivances that help us understand our universe.

Our friends and colleagues—John McCloskey and Robert Houle— join Mike Violette in a session that will take a look at the legacy and ongoing efforts to make space more accessible and understandable. The work of EMC engineers across our industries supports the delicate and complex art of placing our robotic emissaries into orbit and beyond.

The earliest EMC requirements for space-based missions were largely adopted from Military standards, tailored for the Apollo and Space Shuttle missions. As systems evolved and an understanding of the interaction of on-platform subsystems, the requirements fleshed out to reflect various threats and functional issues: emissions and immunity, the on-launch pad, and on-orbit and interplanetary electromagnetic environments. Effects such as “Space Charging” and “Radiation Hardening” and the critical requirement for extremely sensitive and low-noise radio communications are tackled by experts in the government and industrial partners.